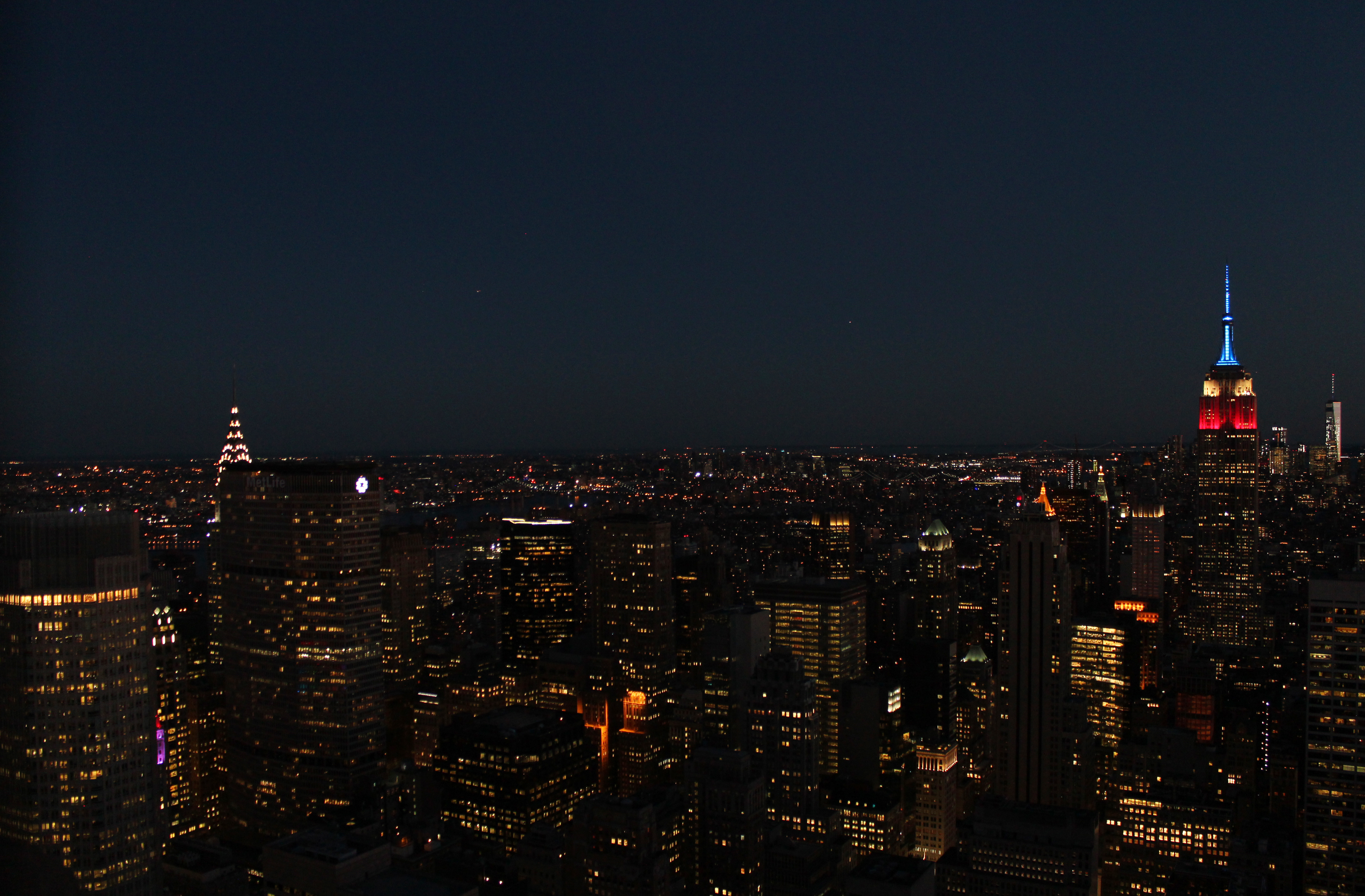 New York, The Big Apple, is possibly the least amazing place on this adventure. I mainly came here to break my flight and time differences in two, and while doing so I might as well visit one of the worlds largest cities.

I see why people like it here, and I think I would have been blown away too if this had been my first destination. But the buildings doesn’t seem a lot taller og denser than in Seattle or Vancouver, and meanwhile I find a lot of thins (the subway i.e.) uncharming. On the other hand I walked almost so far that my feet fell off. 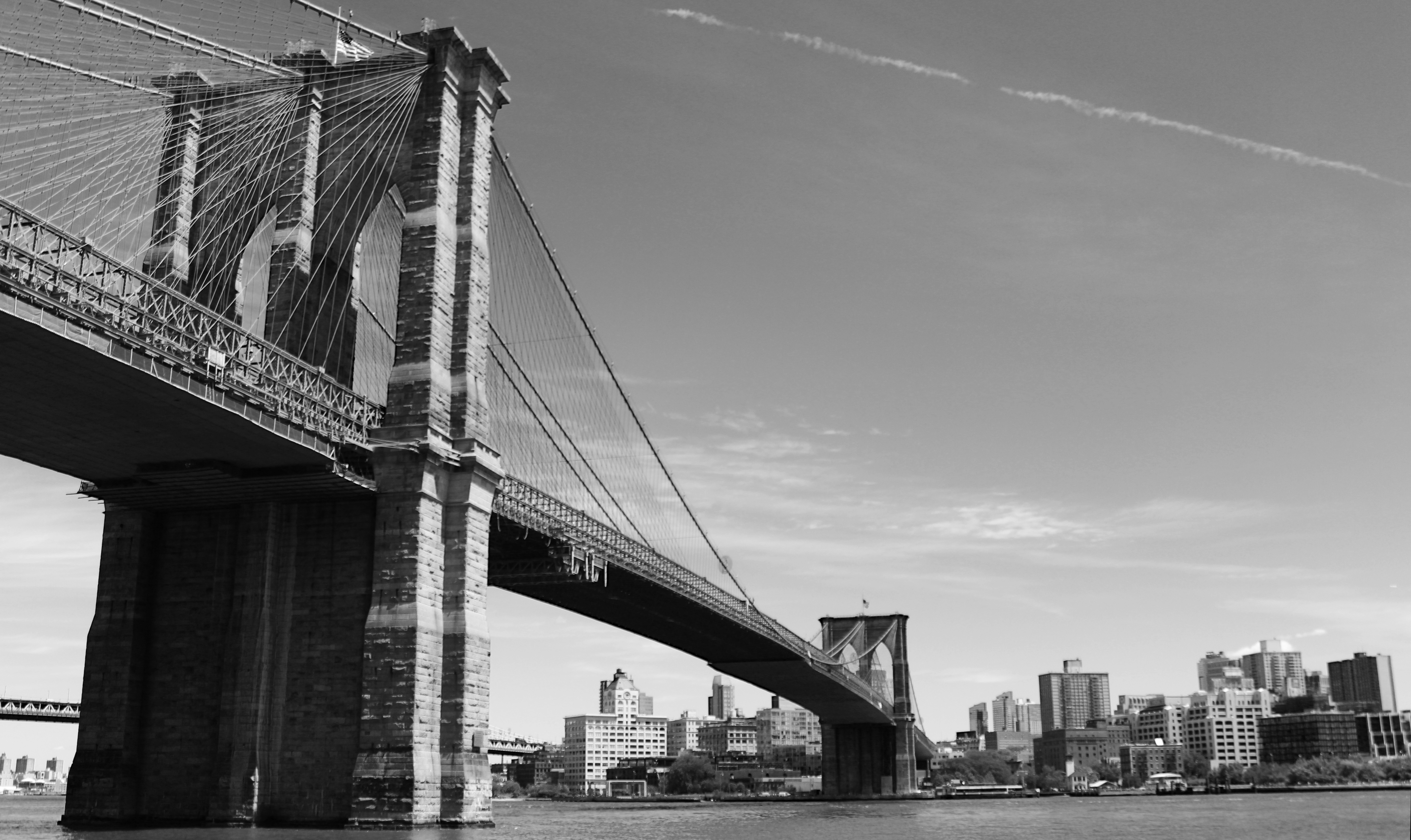 The flight was straight from Honolulu, and I was lucky to have 3 seats to myself, and could lie down and sleep so I was fairly well rested when I woke up in New Jersey. I had 3 days in New York including the travelling days, but I felt that was plenty. It was the first time in a long time I was travelling alone, but already at the train station I met a Kiwi. He tagged along and we went to cross over Brooklyn Bridge. Once again I went hunting spots from the Tony Hawk’s Pro Skater games, and managed to find a few in New York. It later occurred to me, that also many movies are shot in New York, and found the first place, when I realized that Trinity Church is built at the end of Wall Street (Heere at the Wall – National Treasure). There weren’t any treasure hunters here, so I took the Staten Island Ferry, which is free, past the Statue of Liberty, and shot a whole bunch of images, while also using the opportunity to rest my legs on the way back to Manhattan. After that I walked all over town to get a glimpse of all the mandatory stuff like Freedom Tower, 9/11 memorial and Empire State Building. 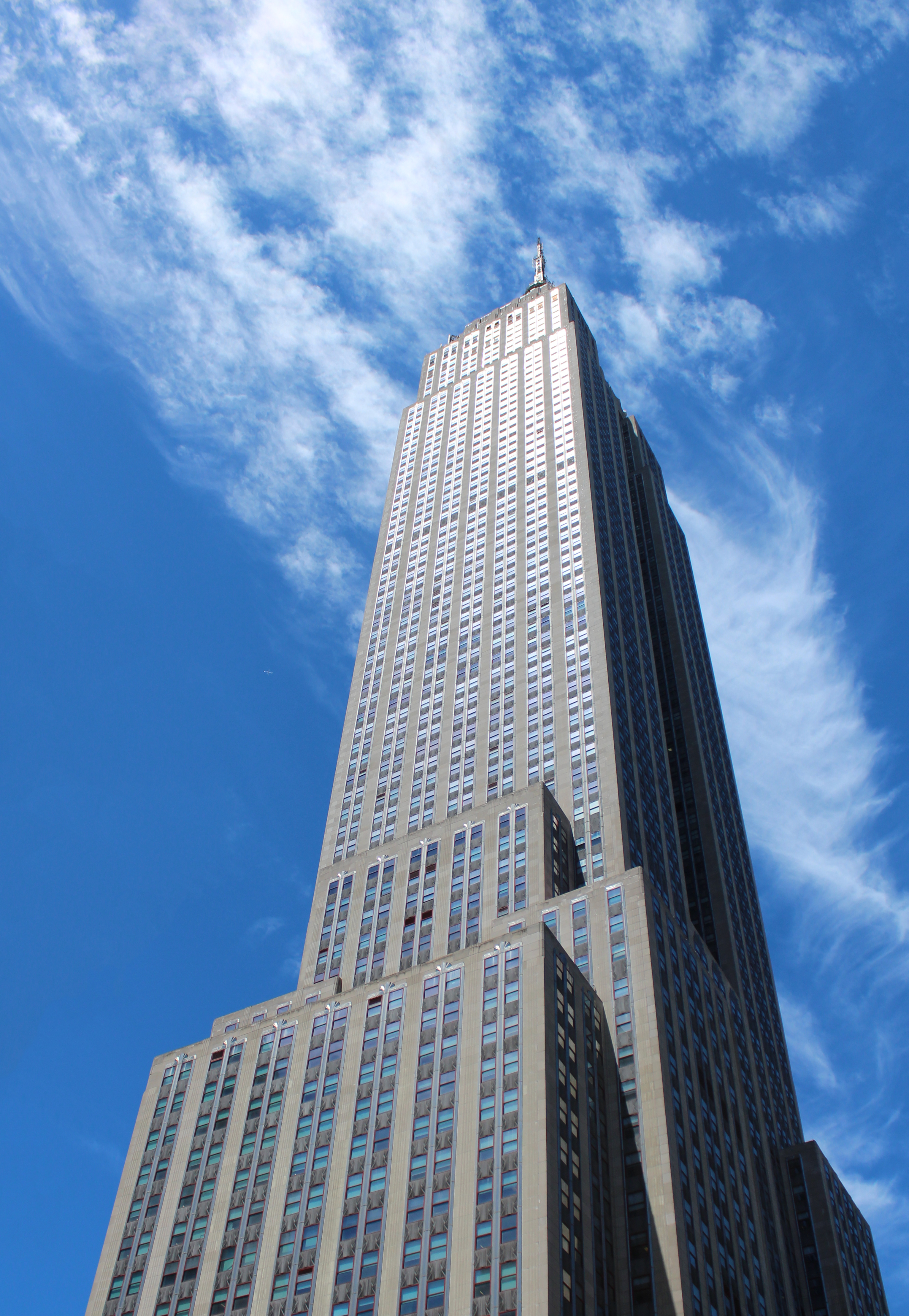 The next day was much like the day before it. I walked and walked past many famous attractions such as The Flatiron Building, UN’s Headquarters, Times Square and finally my all time favorit New York tourist attraction: Rockefeller Center. I came because I knew that you could get up to the lookout at the roof, but found out that it is also where they record The Tonight Show With Jimmy Fallon and Saturday Night Live. Rumors has it, that it is also here you will find the gigantic christmas tree and the ice rink know from many movies. I didn’t see either as it was July though, so I got on the elevator and went to The Top of the Rock on 70th floor, 260 metres above street level. The view was fantastic, and you could see Central Park, Empire State Build and Freedom Tower in the background. With the big camera lens one could even see the Statue of Liberty in the far distance.

A got all the photos I wanted (and about 100 more), and sat down and relaxed while I waited for sunset. Even though New York from above was an incredible sight in daylight, it was a completely different view in front of me, as soon as the sun set. It got dark, and the lights went on in the windows of all the skyscrapers.
During the day I stumbled upon Public Library by the way, which I had been recommended to visit. I stepped inside, and when I got in (after another large and ridiculous security check) it hit me straight away; this was the place they sought shelter in the movie The Day After Tomorrow. I found the scene from the movie on my phone, stood at top of the staircase, where I watched the enormous flood crush the windows of the library and toss the yellow taxis everywhere – fortunately it was the clear sky outside, and the taxis were standing still as usual. 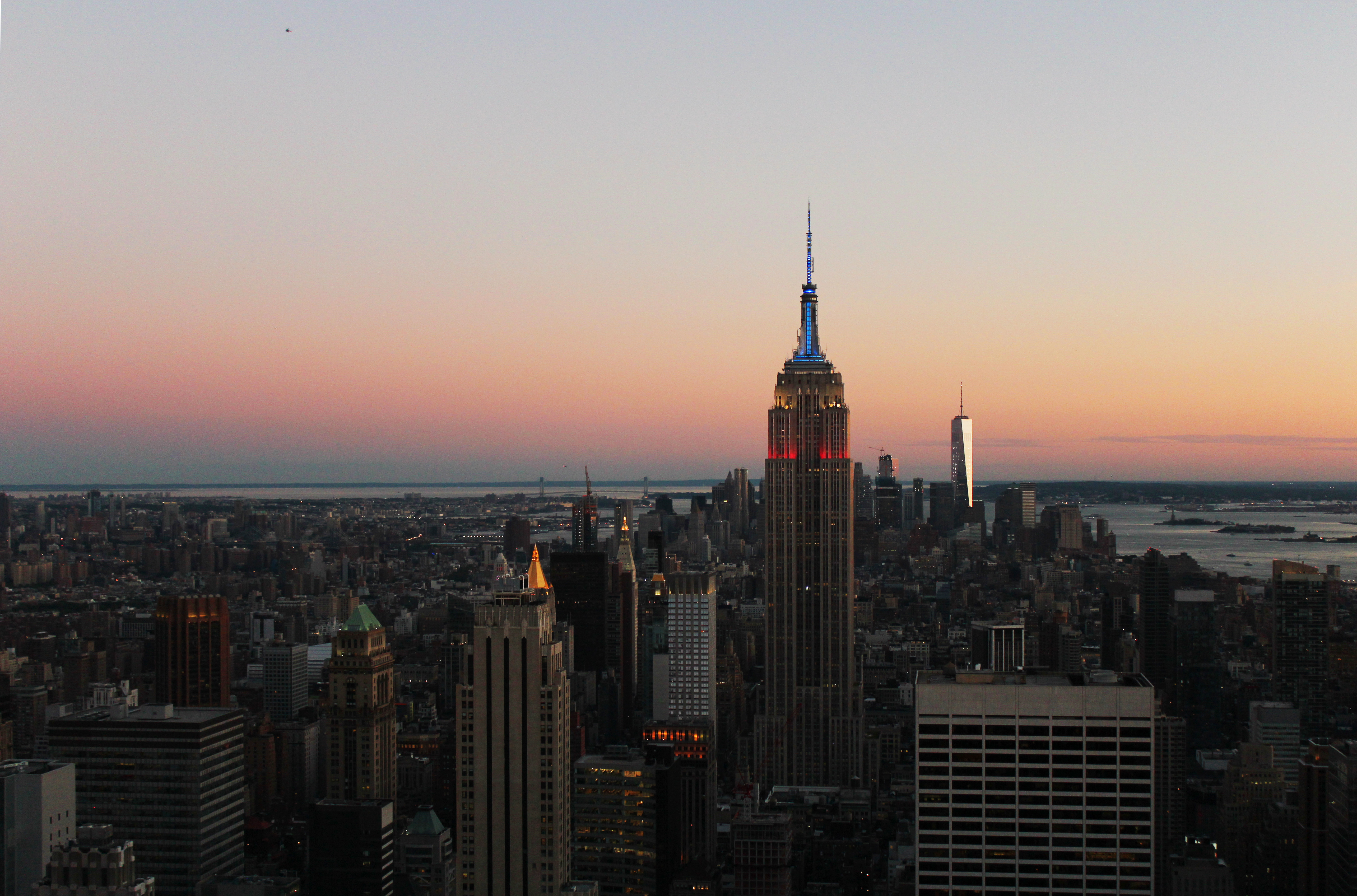 On the third day I was getting tired, and started to look forward to getting home. I had seen what I wanted in New York, but went for a very long walk anyway. I took the train to Yankee Stadium, and walked from there all the way through Harlem and trough Central Park. I don’t really get what is so great about it. I know it is big and has loads of baseball fields, but also has a bunch of roads with tarmac and traffic. I did enjoy the view of the great lake surrounded by trees and the tall skyscrapers behind them. It is not quite what you see back home in Køge, or in Copenhagen for that matter.

I talked to a few friends from home recently, and I was careful to make it sound that New York was great and I was soon travelling on. That way I could come home discretely on thursday and show up unannounced at the party at the university the day after. What I didn’t know was, that my family and my best friend had already told, and made sure that a group of my best friends was there in the airport to greet me, or stopped by at home for a beer and a sandwich. Thanks so much all of you!

I am almost settled in my own apartment again, rested after Roskilde Festival and I am about to get used to a normal everyday life again. It is a bit tough, and while I was editing a lot of video from Whistler, I was really missing it (edit: While translating this 3 years later, I still do!). Nevertheless it is so great to see my friends and family again, and I am looking forward to reunite with everyone I haven’t seen yet. 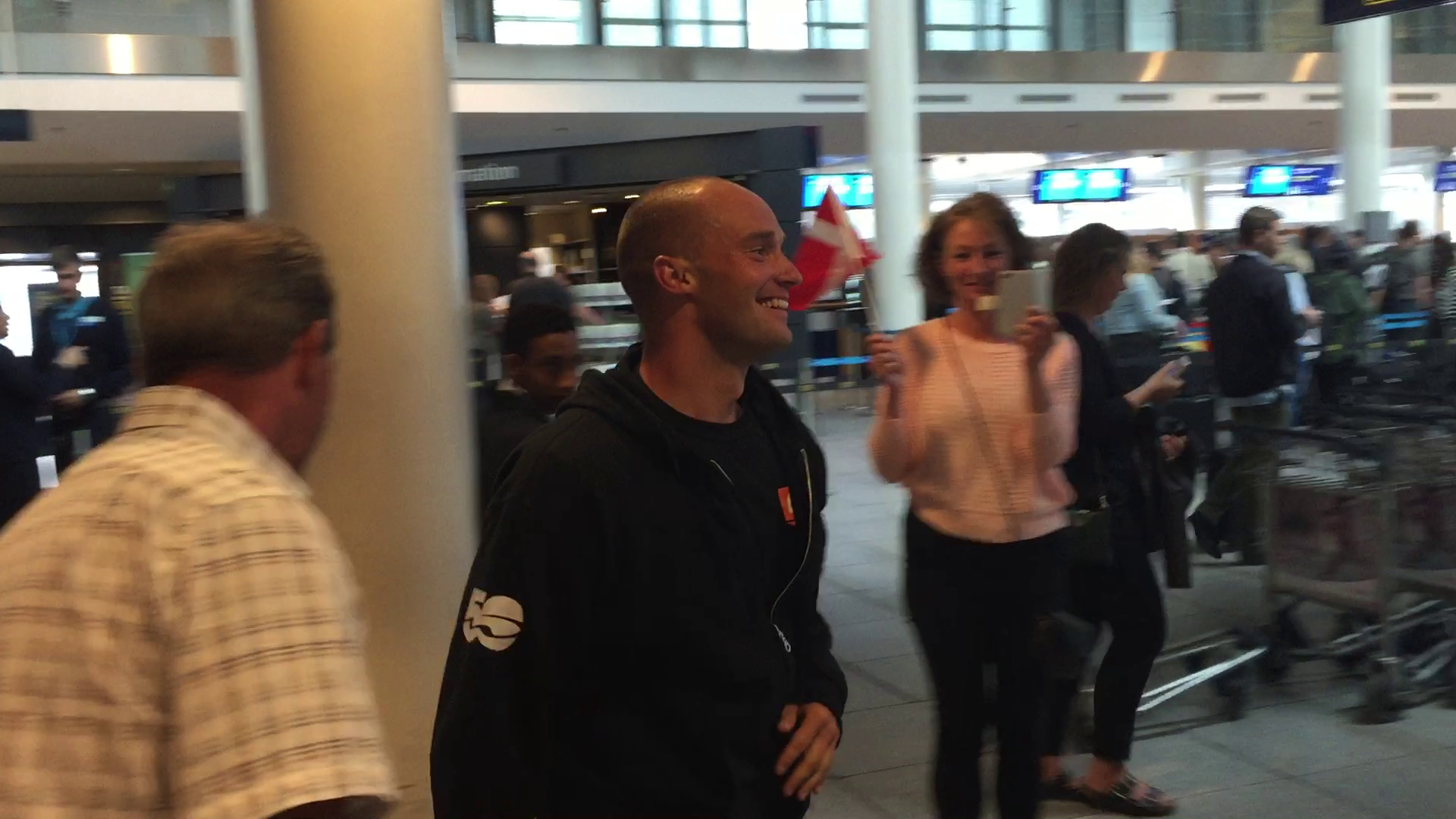