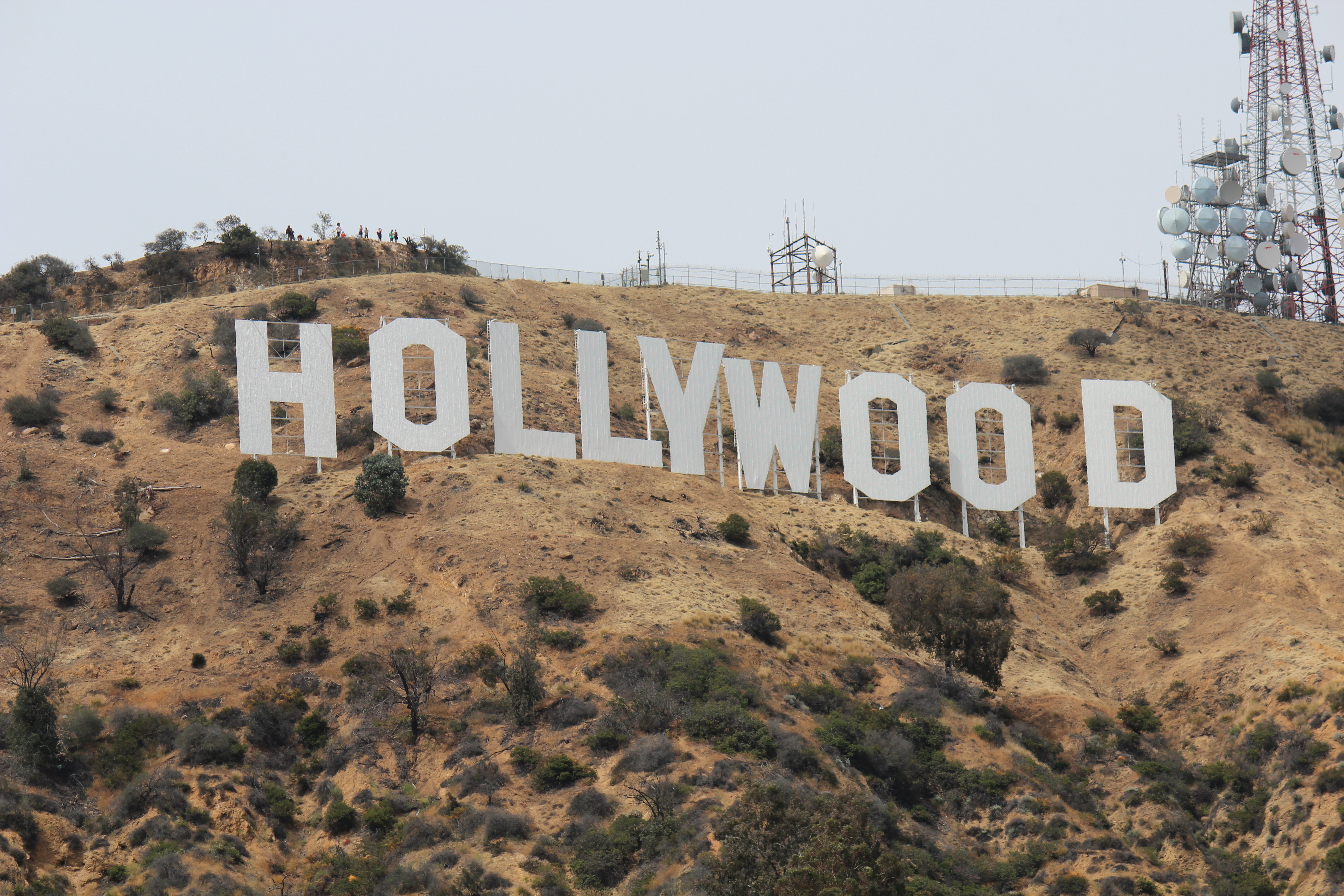 Los angeles is the second largest city in the US, so there was plenty to do. There are many mandatory sights such as the Walk of Fame and Universal Studios. On our first two days in Santa Monica we took advantage of still having the car, so we drove to Disneyland in Anaheim. There was a billion people there even though it was tuesday, so we had to be patient. We were lucky enough to get on many rides before many others, and we could watch the lines grow bigger from the ride. The park is really great and something I would recommend – the rides however, was kind of dull really, but the themes are really complete, and you will see it right away, if of course you have seen the movies – turns out there are quite a few Disney movies I haven’t seen…
We stayed until they closed, and watched the parade and the fyreworks. Ay Caramba! Tivoli (amusement park in Copenhagen know for their fireworks) go home! The parade gave us one giant setting of Mickey Mouse, Cars (yup an actual Lightning McQueen car), Frozen, Aladdin, Beauty and the Beast, Finding Nemo, Toy Story and many more. After that and endless cavalcade of fireworks I have never seen before exploding over the Disney Castle accompanied by all the famous songs from the cartoons. 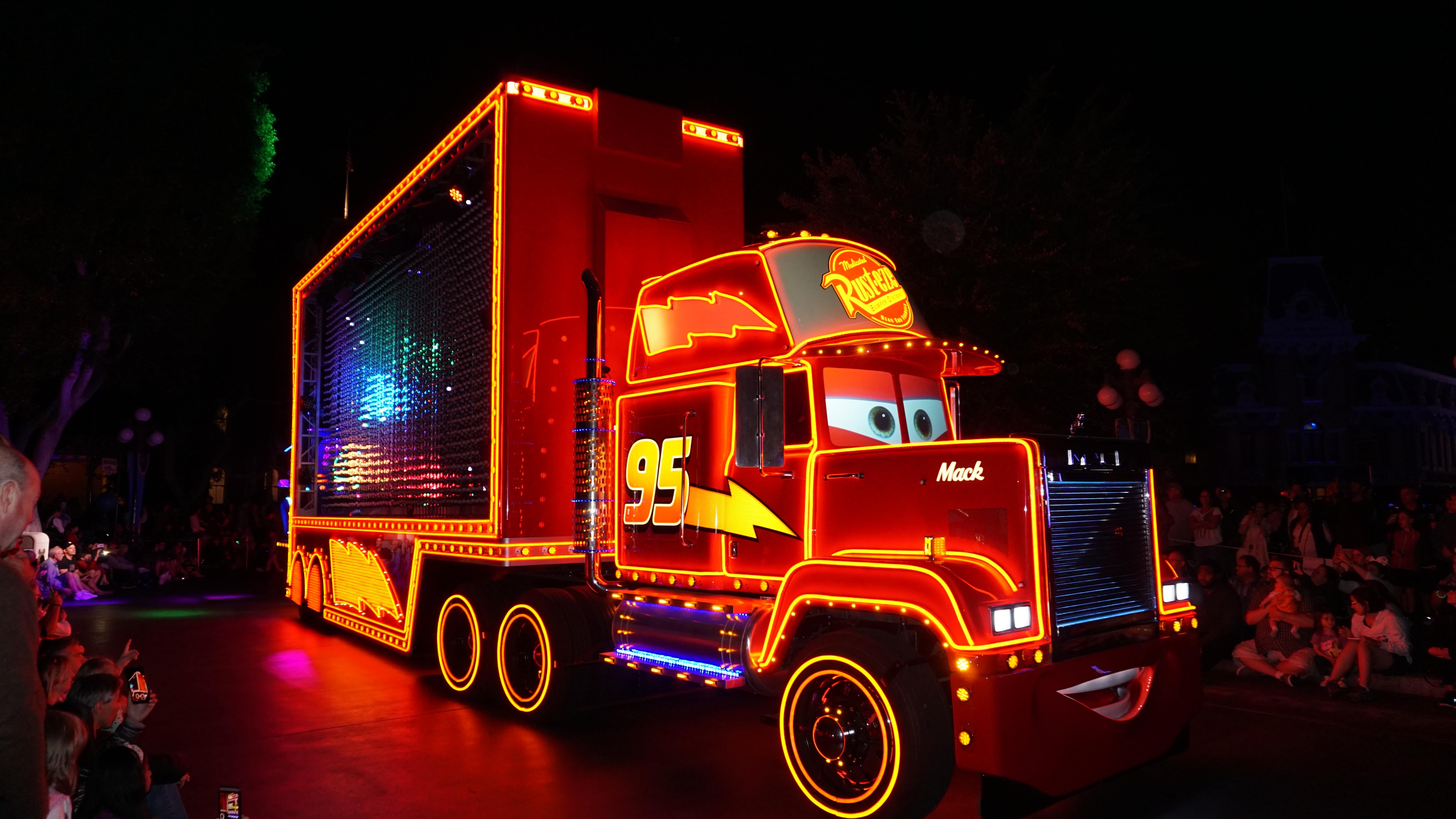 The next day we checked out of our hostel in Santa Monica, and chilled for a couple of hours at Santa Monica Beach or Muscle Beach as it is called. We did a little workout, and walked down to Venice Beach, just next to (The Original) Muscle Beach. They also have loads of training equipment there along with a skate park on the beach – crazy Americans. It was a quiet day for once which was nice. We did watch a young man getting chased by the police across the parking lot, before he was put on the ground and they all aimed their guns at him. Early in the evening we went to Hollywood and checked in at our hostel there. We met some young Danish people, and I couldn’t help finding it amusing to answer them in Danish out of nowhere, without them knowing I was Danish. There is quite a few Danish people in Hollywood. 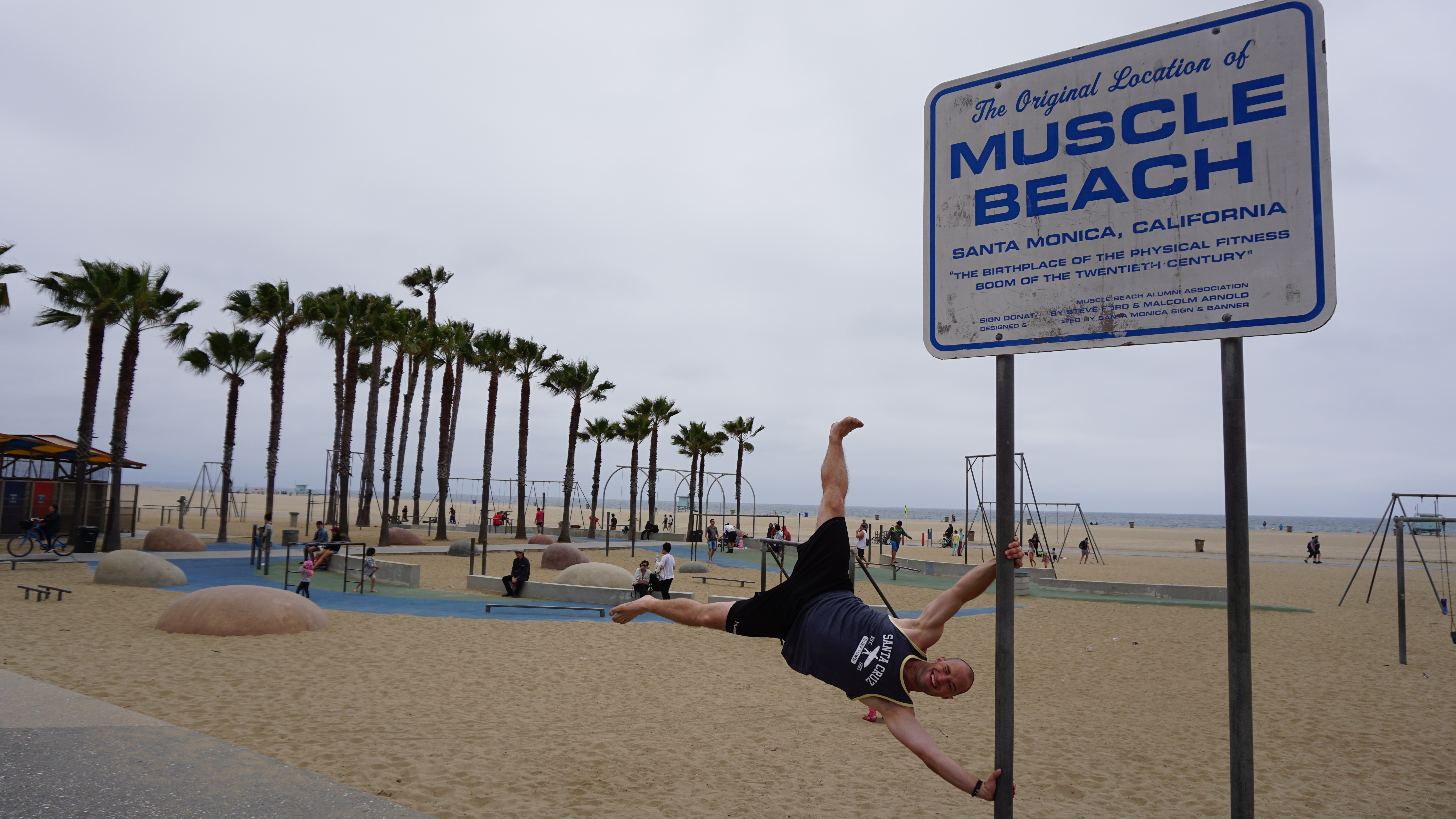 The next morning we got up early to go to Universal Studios. That was something we was both looking forward to. Both Disneyland and Universal Studios are fond of virtual reality rides, where you wear 3D-glasses or look at a 270 degree screen. I had not previously been a big fan of the 3D trend, but they are really good at it here. We made our way to Springfield (where The Simpsons live), and found a bunch of the characters and buildings from the cartoon. WE grabbed a beer (Duff Beer obviously) at Moe’s Tavern and donuts from Lard Lad Donuts. Krusty’s Krusty Land had a crazy virtual rollercoaster, where you lost all sense of direction right from the beginning, and felt like you were actually riding/falling/flying/sailing. 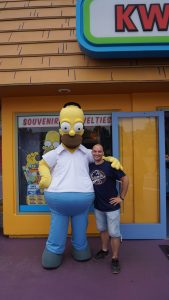 Minions had a similar ride, and of course I needed a picture with Kevin! 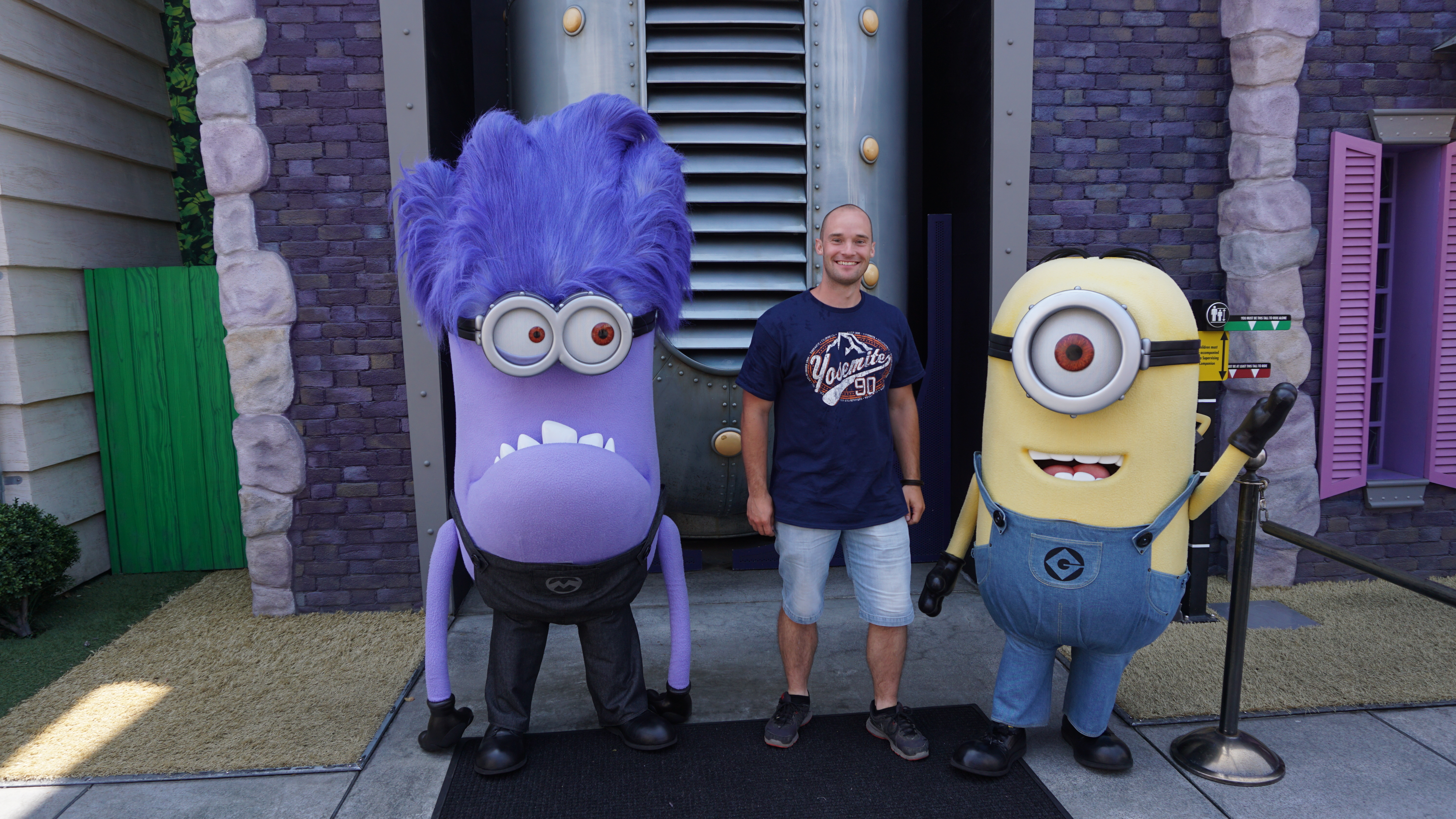 We took the big tour around the actual studios, before getting the the area we were looking forward to the most – Hogsmeade (that is some Harry Potter stuff…). It as incredible and we saw everything one could expect; The Hogwarts Express, Olivanders Wand Shop, The Three Broomsticks, dressed up staff with a British accent, Hagrids cabin and of course the school itself, where the main ride was inside. Even in the bathrooms you could hear Sobbing Hulda along the walls. In the books she is only in the girls’s bathrooms, but I guess they wont leave the males out here. 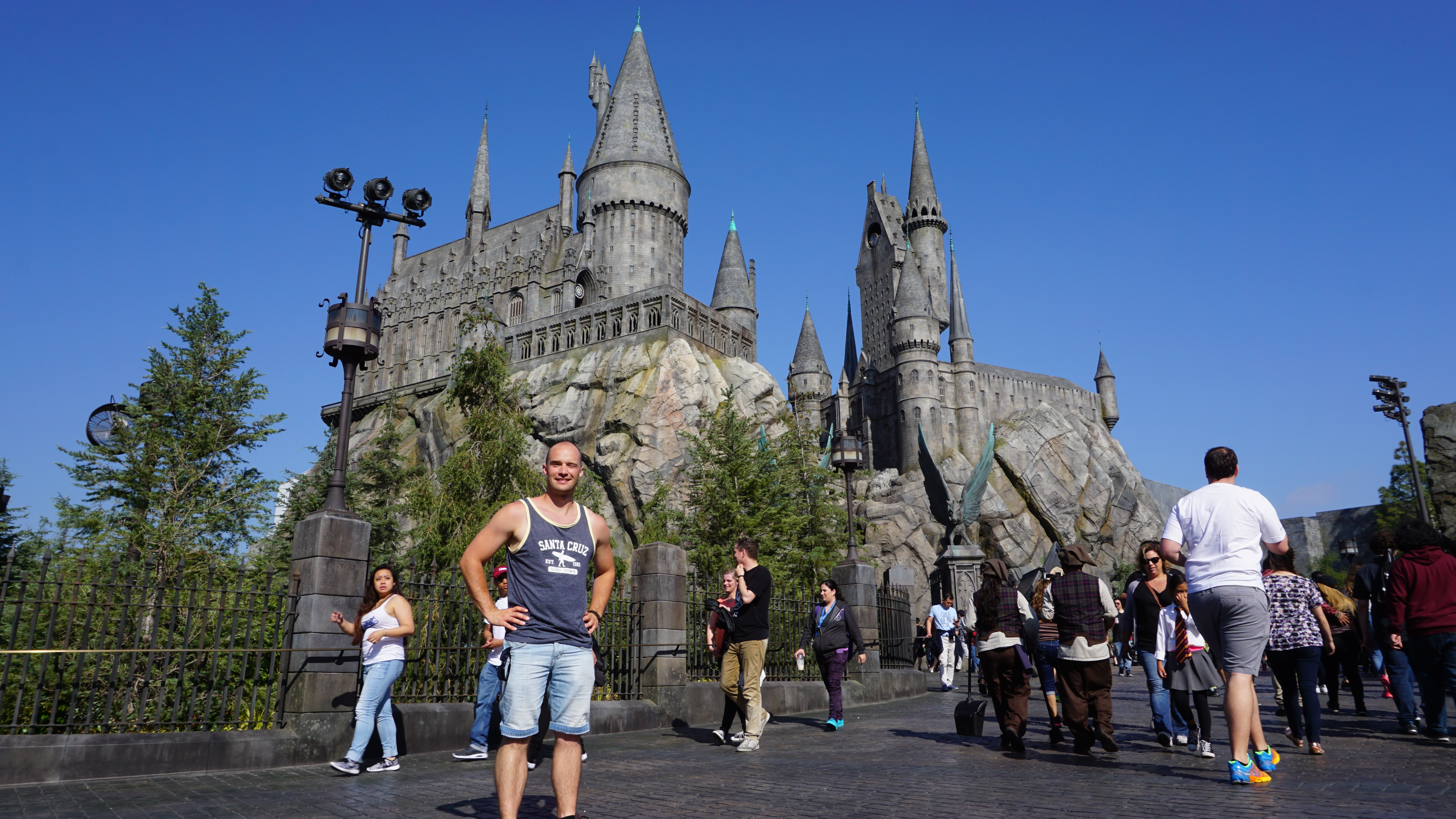 After three days in Los Angeles we decided to see a bit more of the city and went full tourist mode. We went for the classic Walk of Fame and blocked the traffic every time we took pictures with the stars in the middle of the sidewalk. We actually did it a little bit here and there, as we lived on a street just next to Hollywood Boulevard where the stars are. I recommend going to the Chinese Theatre, where there is more room for stopping and taking pictures, if you can find a spot where you are not in someone else’s picture. The stars does not just have names, but also hand- and footprints and a little quite in the cement. There are many references to Sid (Sid Graumann, the founder of Chinese Theatre and Egyptian Theatre that hosted the first Hollywood premiere, Robin Hood) and a “yippee ki yay” from a certain gentleman. We tried to go to Runyon Canyon for a hike, but it was closed, so we improvised a hike to the Hollywood sign. It is a bit further away that you would think, but we got close enough to shoots some photos. 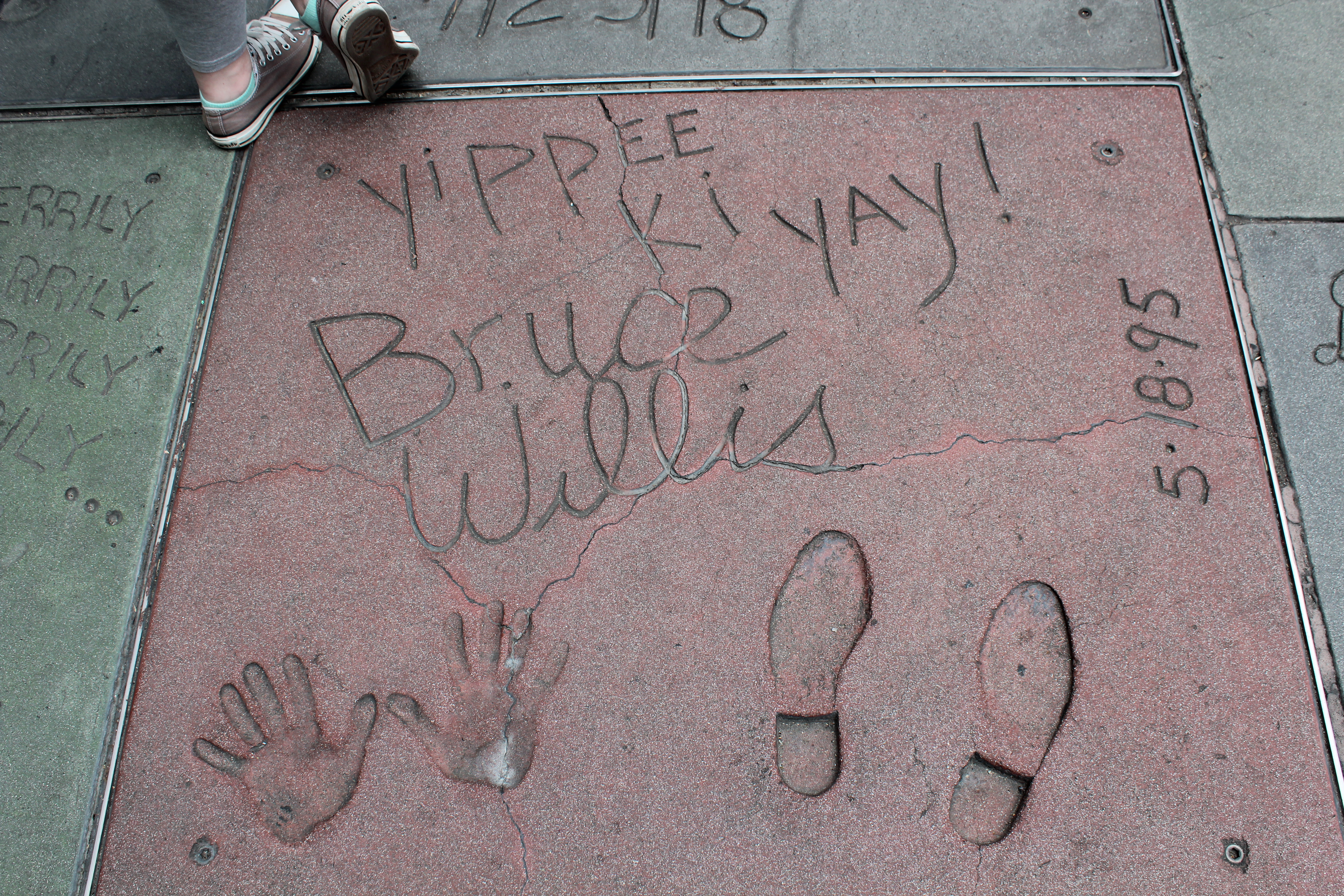 Check back for the next post on Downtown LA, Six Flags and more classic Hollywood stuff. 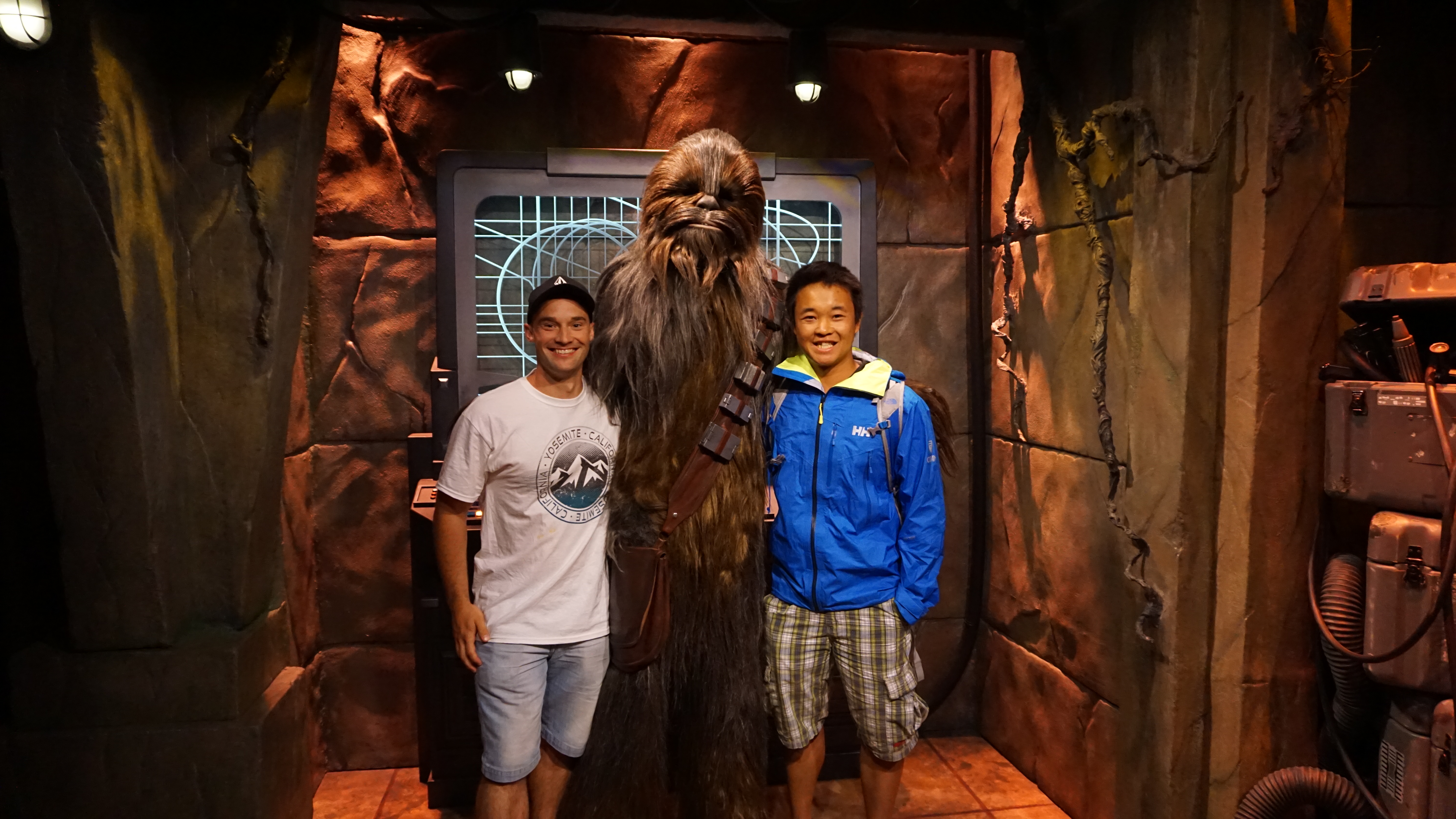