We are on our way to Yosemite, and while Andy is driving straight for the next 100 km in the middle of nowhere, I take my chance to update the blog. Run DMC is on the stereo and I am multitasking between writing, being the DJ and looking out the window.

We arrived in San Francisco without any problems, and got a us tiny little yellow Kia Soul for a ride. It was the first time in six months I was driving. It was straight into it with six laned freeways on multiple levels and a billion merge sections along with automatic transmission (which I have only tried once before), before reaching downtown San Francisco and its steeps streets. I was happy to have automatic transmission , cause making the car roll (forward) would have been difficult with manual.

San Francisco is great, even though you don’t really feel the Californian weather due to the ocean and the wind. The city is very nice though, and there are plenty of places to visit, nice restaurant and not too crowded even though it is a big city. We definitely like San Francisco more than Vancouver and Seattle, but that is what we expected.

From the airport we went almost straight to Golden gate Bridge and shot billions of photos, before ordering seafood at the seafront an spent the night at the hostel. There was an event in their common room, so we had a few beers, played table football against Team Latin America (a Mexican and an Argentinean) and of course some pool.
The next day we went for a long drive down to coast to Half Moon Bay and the Californian beaches. The waves were big and the water cold, so we let it up the surfers to get in, and just dipped our feet. Then we went on to Silicon Valley and Stanford University. 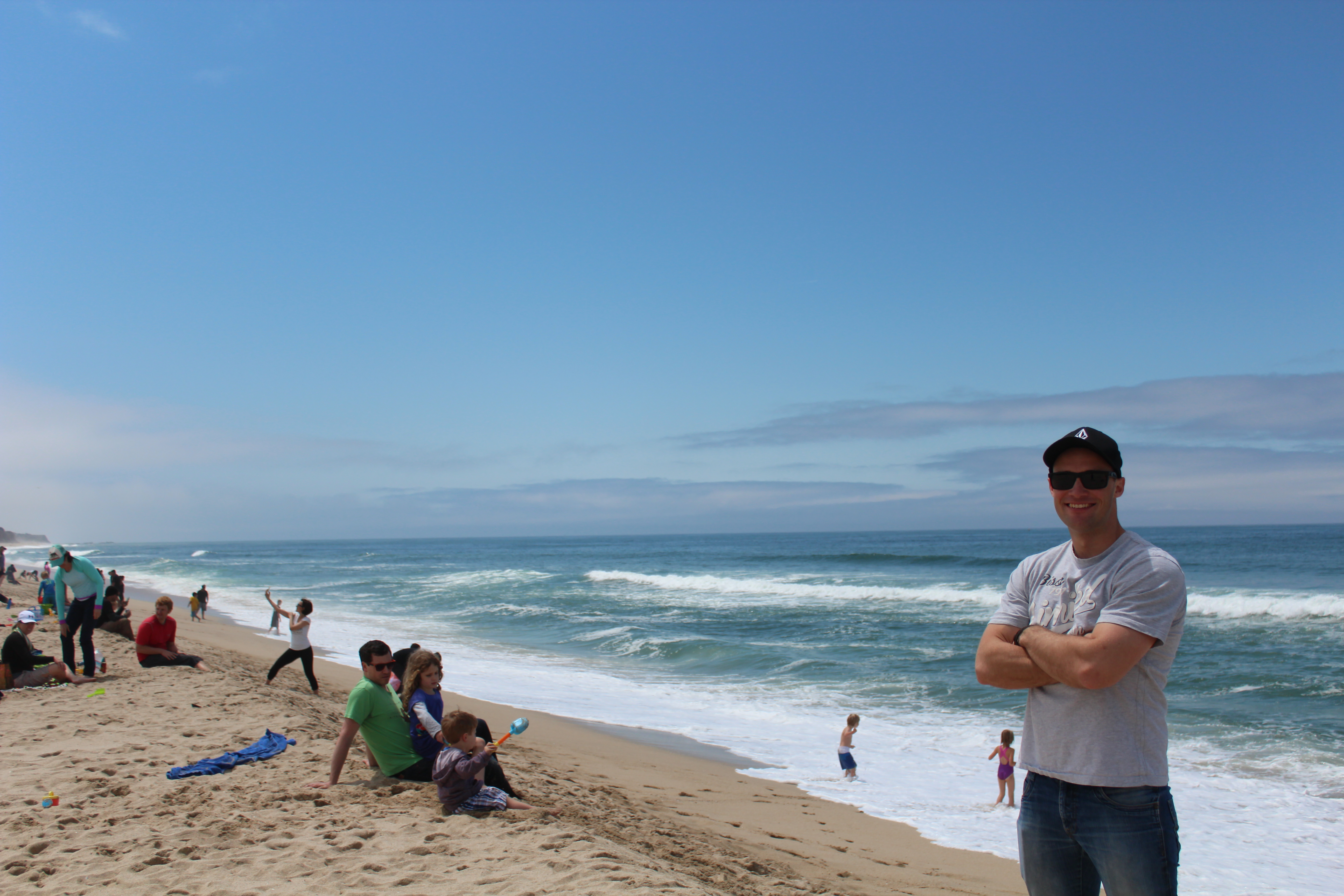 There were many tourists visiting, but other than that not many people as it was Sunday. As a student of Sports Science in Copenhagen, it was amazing to see their 3 football fields, main stadium, baseball stadium, hockey field, track and field stadium, softball field, 12 tennis courts + 3 more at the stadium, gymnastics center, basketball gym, 2 x 50 m swimming pool, water polo stadium and diving stadium. It was something different from Department of Nutrition, Exercise and Sports at University of Copenhagen, even though Stanford also has law- and medical school, natural sciences, music, drama and arts. Afterwards we went on the Googleplex – Googles headquarter. Not much to see here, but Andy did manage to crash on one of the colorful Gbikes.

Day 3 offered a really interesting tour on Alcatraz. It is actually a beautiful island with it rich plant- and bird life along with a great view over San Francisco Bay. The prison itself was of course the main attraction, and I highly recommend it. At the entrance to the prison you get an audio guide that will guide you around the prison, while telling the stories about the 3 prisoners that escaped and were never found and the time the US Marine had to fight down a rebellion, when the inmates had gotten their hands on the guards’ weapons. The audio guide also finished Andys look as an Asian tourist. 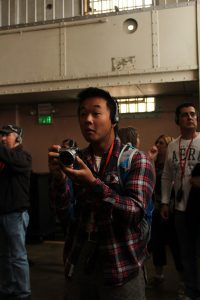 The guide was narrated by former guards and prisoners; one told how he passed time in “the hole” by ripping of a button from his shirt, dropping it the floor, and tried to find it in the dark only to repeat it over and over.
After sailing back from Alcatraz Pier 39 was a perfect destination. This is were you will see tonnes of sea lions while the entire area is just lovely with its small rides, funny stores and great restaurants. We walked around the rest of the day to see Coit Tower and Vaillancourt Fountain along with China Town (the worlds biggest outside Asia) and riding the trams.

We stayed for an extra day i San Francisco, hired bikes and destroyed our legs. We rode over Golden Gate Bridge to the other side of the bay, where we found some ridiculous hills and some amazing areas for road cycling. We biked the entire day and finished with riding down Lombard Street – the worlds most crooked street – with 8 hairpin turns in just 400 meters. It was a lot of fun if you pushed the breaks a little harder in the turns, and it almost felt as you were a speed way racer. If it wasn’t because we had to walk back up (you couldn’t bike up the hills there), I could have spent all day there, until I injured myself. We took two rides, and ended the day with all-you-can-eat-sushi.

Here is a few pictures from Alcatraz Island.