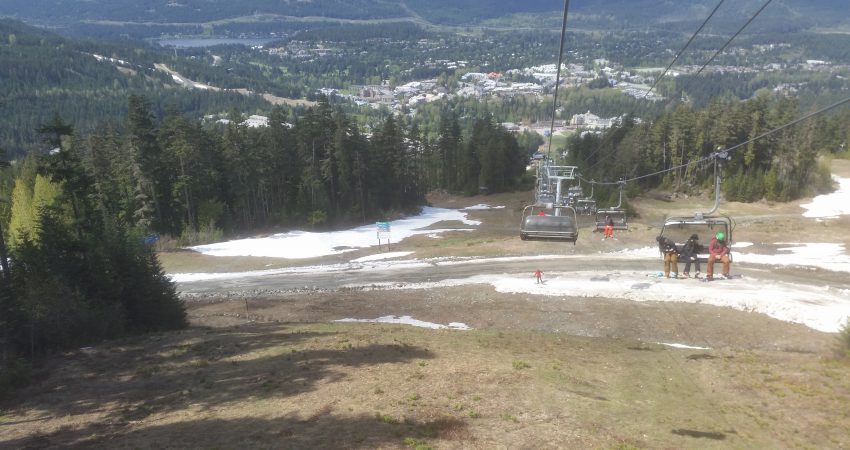 So it is almost May, and not exactly peak season for skiing. Whistler Blackcomb is open for another month at Blackcomb Mountain, but it is not the same at this time. In 20 days Whistler Mountain will open for mountainbiking, and most people I know already left. In our house we are 5 left, but new people will arrive tomorrow. I had to give up my room, and have moved into the room across the hall, where I hope to stay until the 4th of May. It is weird that it have already been 6 months and the season is over. I still remember looking for a place to live, packing the bags etc. Now it is time to move on.

Tomorrow is Andrews birthday, and we will celebrate with snowboarding. The weather forecast says blue skies and 15 degrees. It will probably be raining on my own (and Robins) birthday, but that can still change. Hopefully I will be snowboarding on my birthday, before going out for a fine dinner at Bearfoot Bistro.

What’s next?
Andrew and I have planned a little trip now that we are here. We haven’t worked out all the details, and will figure it out along the way. The cornerstones here is flying to San Francisco, drive down the coast, visit Las Vegas and fly to Hawaii. That should take around 1-1½ months.

We leave Whistler on May fourth and will stop in Vancouver. We missed a few things the last time we were here – as one thing I promised to teach Andy some parkour. This will be the fourth time I leave the city limits of Whistler since the first time and I came. It could be good getting out of that little bubble.
From Vancouver we will drive to Seattle and fly from there (due to some travel regulations in the US). Here is some important dates and locations:

As we don’t ride the mountains much any longer, we have found some other hills to conquer. We went to Brandy Wine Provincial Park just outside Whistler the other day. It wasn’t the most accessible path, but we made it all the way down to the waterfall. Not many stories – just beautiful. Here is some of my pictures and one of Andys obviously: