It has now been 3 months, so it is time for a little update.

They are less and less frequent, as not much new I going on. We are snowboarding all the time, having a beer now and then and celebrating all kinds of holidays we don’t know – Martin Luther King day, Australia day (twice actually – the 26th Australian time and the 26th Canadian time) and soon Super Sunday (superbowl).

The biggest news must be, that I’ve just been hired as a snowboard instructor. I’ve got a part time job, mostly on the weekends which is perfect.

We have had some quite amazing days with loads of fresh snow lately. One was followed by dodgeball in the evening, so everybody was very sore the day after. I love having so much time on the slopes, that it allows you to strap out, fight your way to the bedst powder lines and ride them. Like this:

My roommate watches BBC News in the background, and there are news from Denmark. It is funny to see the pictures from Copenhagen and the Danish minister Dan Jørgensen speak on TV. Canadians do not like the story though. It is about a new law, that allows the police to take away jewelry and valuables from refugees. It gets much critique in a long story.

As mentioned earlier the Canadians are extremely friendly. I keep noticing this all the time. You have conversations on the lifts etc. The other day I met a lady from Los Angeles, USA, who was a huge fan of the Danish TV Shows Borgen and Broen – not shows I could talk much about, but it amused me that they had made their way all the way to the states.

They often ask about how skiing is in Europe, and their reaction is funny. First of all the terrain is more harsh, with many cliffs (fortunately well marked). Also the line ups are way different, and it makes the North Americas laugh at us. Many have heard tales of the terrible pushing and moshing, but wont quite believe it. I tell them that it is true – one big choke point where the ones pushing the hardest gets on the lift first. 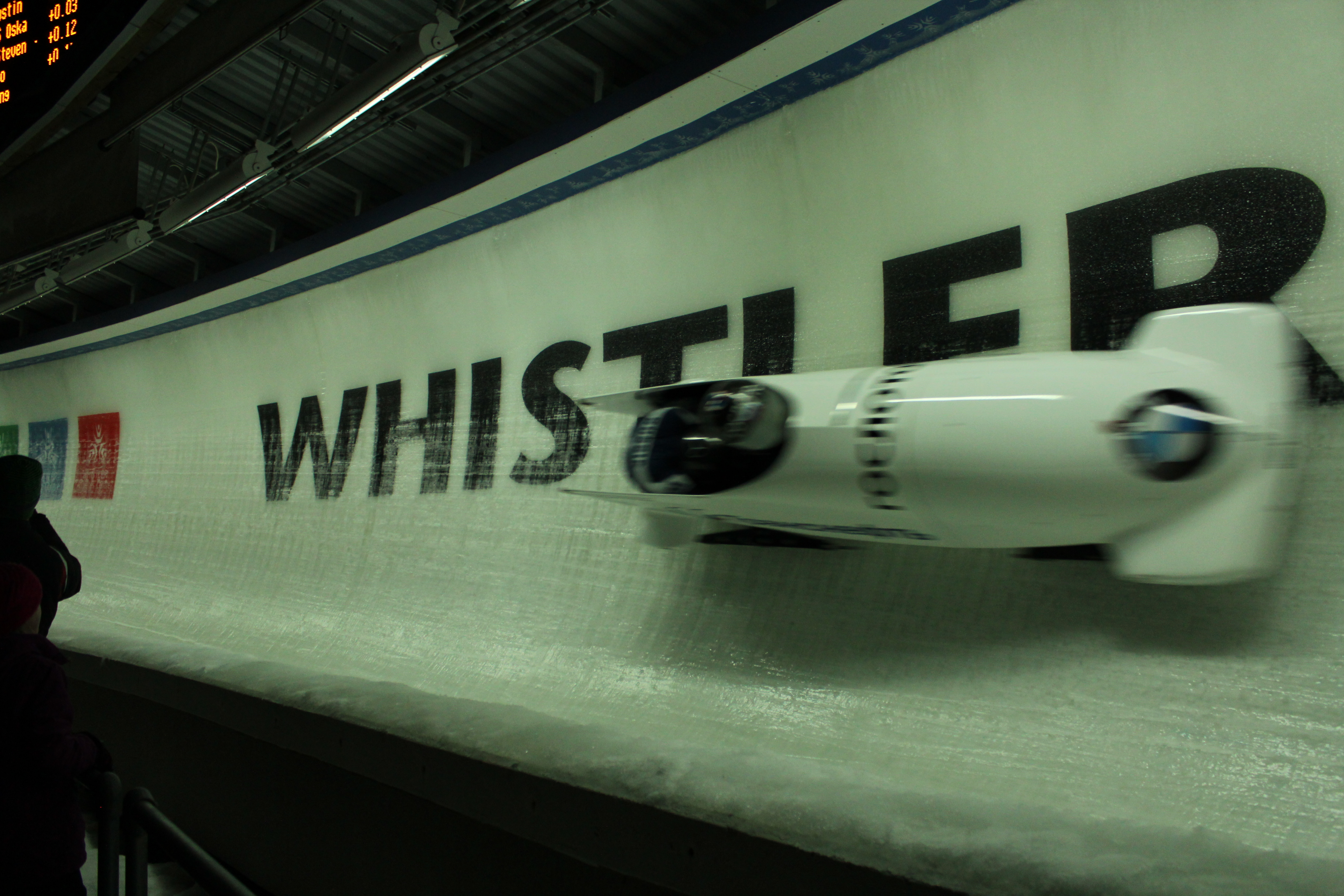 You can try either bobsled or skeleton (one man, head first) here for about 150 CAD. Still an opportunity under consideration.

It have begun to feel like everyday life here. I have gotten used to the 2 meter tall snow piles on the side of the roads, that the busses are always late and to living in a house filled with non-Danish speaking people. But I do miss my friends and family and all the little things (like real ryebread). I also miss have plans for more than just the next slope or the next meal. As of right now, I do not know what I will be doing tonight or tomorrow.

Maybe I should try my new skis. I went to the Re-use-it-centre yesterday to look for a cheap pair of skis to play around with. I found a decent pair of skis, boots and almost straight poles for just 55 CAD. Let’s see if I still know how to ski. 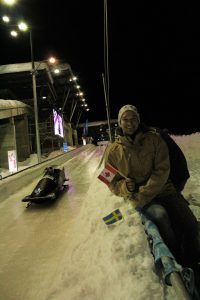