Last friday I had a fun experience working at X Factor. 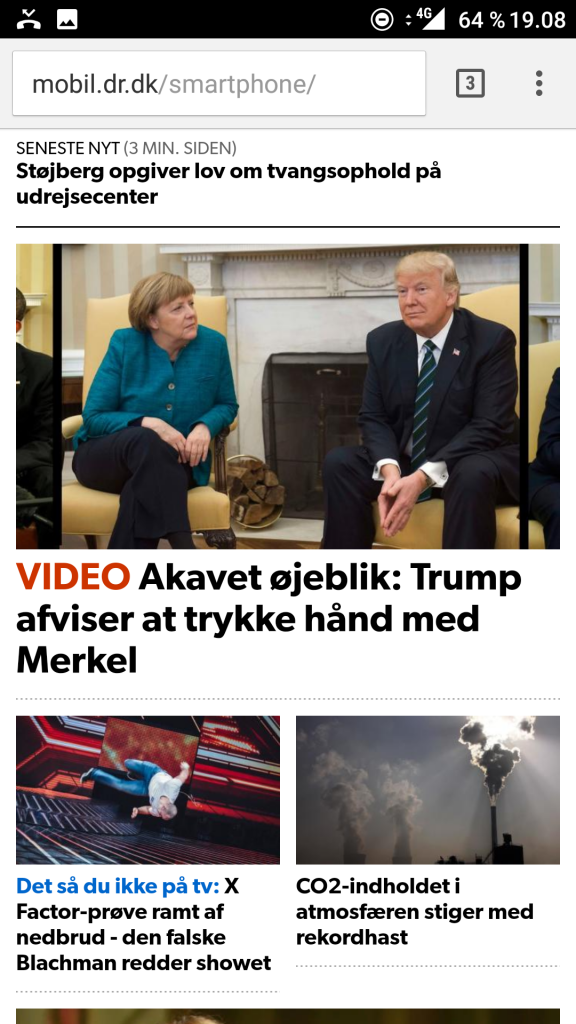 Last friday I ended up on the front page of DR.dk (Danish gorvernment media) just below an article about Angela Merkel and Donald Trump.
Every Friday my sister and her boyfriend works at stand ins for the judges during the rehearsals of X Factor. I go on stage acting as Thomas Blachman (the Danish Simon Cowell), while camera and sound etc. are tested before the live show at 20:00.
When one of the contestants was about to go on stage, there was suddenly major issues with sound and cameras. As the studio was filled with 300 people, we had to keep it going somehow.
The host Sofie Linde was great at talking, and started asking the fake judges about their real lifes.
When I mentioned that I teach parkour, she asked me up on stage. Watch the clip here. 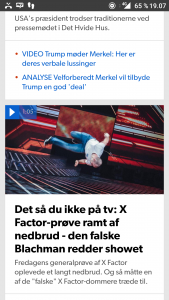 I should probably mention that I am doing a B-twist (butterfly twist), which is basically tricking and not parkour – but I could do much parkour on a flat stage.

Right after Jens Grønbech ran in, to ask if it was okay he used to clip on the TV Stations website. I said sure why not, and the answer was “good, cause we are already editing it”. I though it would be a little site note at dr.dk/xfactor, but it ended on the frontpage of the entire media.

Here is a few pictures of the four of us acting as judges:

DK Sampler is back!

InstagramPlease check your feed, the data was entered incorrectly.