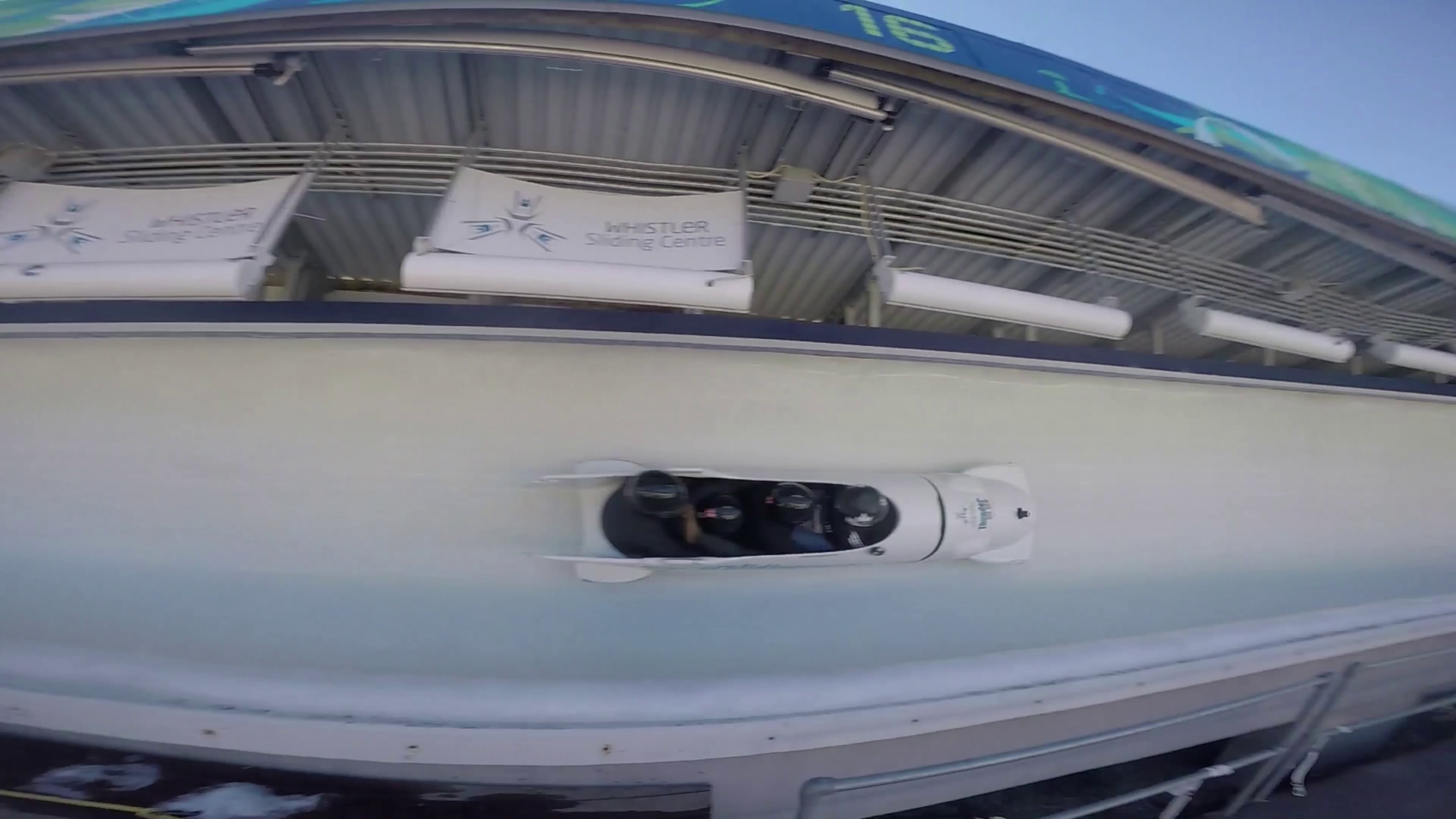 Karen Andrew and I decided to try out the olympic bobsled track (the fastest in the world) last week. I have been thinking about this ever since I went to see the world cup, and now it was time.
We started with skeleton (on your stomach, head first). It was a relatively mellow start, but already in the first of six corners, you would come to realise that later on you would go pretty fast. The first 4 turns was a nice and fun ride, with a decent pace and a view of the upcomming one meter. At turn 5 I had lost count of the turns, but I could feel the G-forces and speed, and had a feeling that the next turn would be the last. The sixth and last turn was as I suspected next, and I entered it with 99,3 km/h (61,7 mph). I was sent up the wall and pushed down on the sled, while I used all my strenght to counter the 2-3 G’s that pushed my head towards the ice below me. I managed to keep my face clear of the ice, exit the corner and finish without ping-ponging the walls. My neck was extremely sore though. Karen told that she didn’t stand a chance against the G-forces, and scrabed her face (with helmet and goggles) on the ice, before she smashed in to the walls multiple times on the out run.

My first run gave me the second best time, while the second run wasn’t quite as good. I hit a wall in corner 4, and ping-ponged a lot after the finish line – not quite comfortable, but luckily you don’t hit the walls with your body (at least not if you keep your elbows in, right Karen?)

After skeleton we got time to decompress before bobsled. This time it was just Andrew and me, and we were lucky enough to get in the same sled. This time we had a pilot. The speed was ridiculous at half way, and would just increase all the way down, while our heads were banging the sides of the bobsled. In the “Thunderbird”-corner we hit 125 km/h (77,7 mph) and were pushed to the bottom of the sled by 4-5 G’s, before we could sit back up and breathe on the way up the out run.

See the videos below. 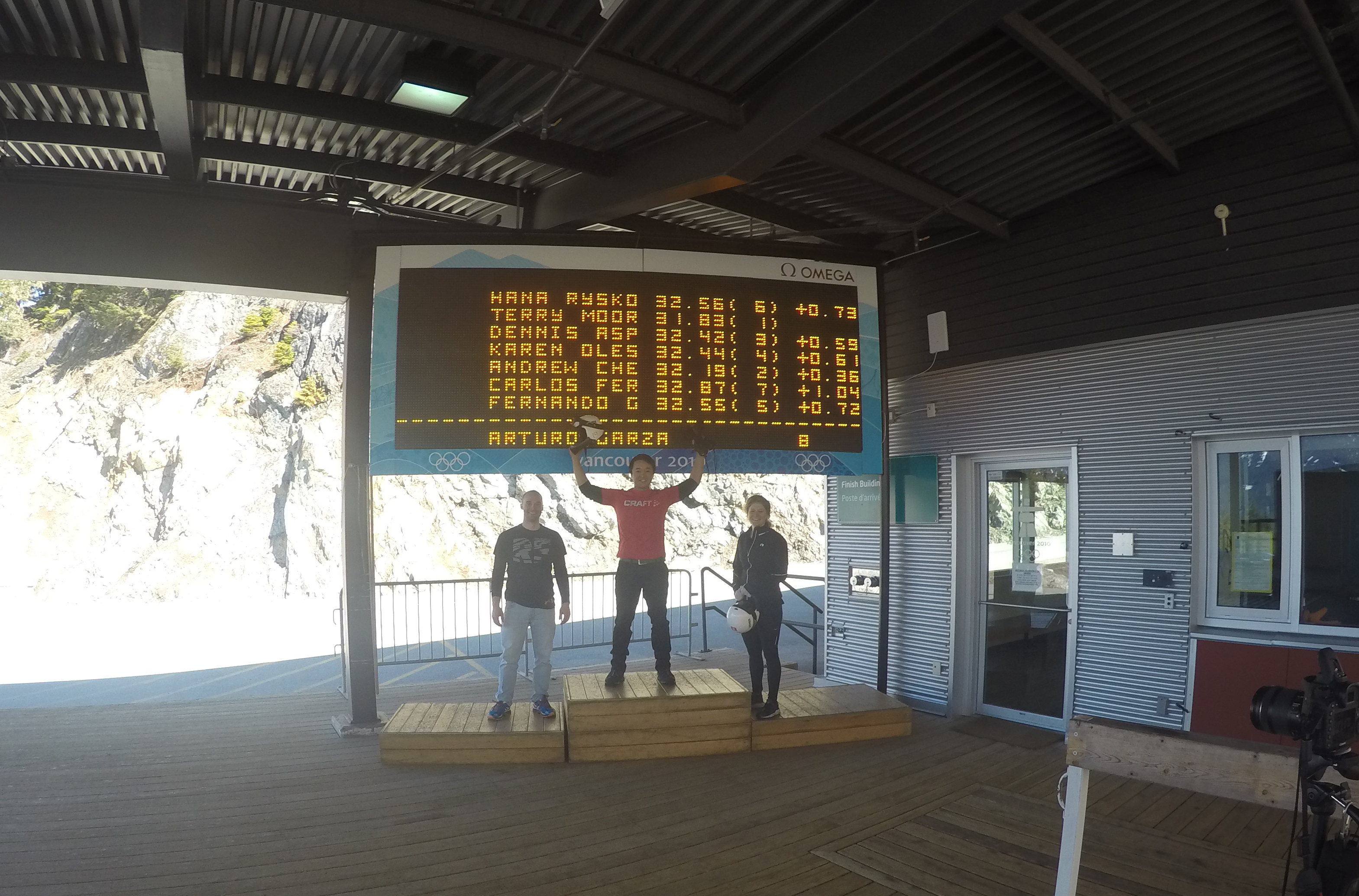 Movin’ in in Whistler

InstagramPlease check your feed, the data was entered incorrectly.